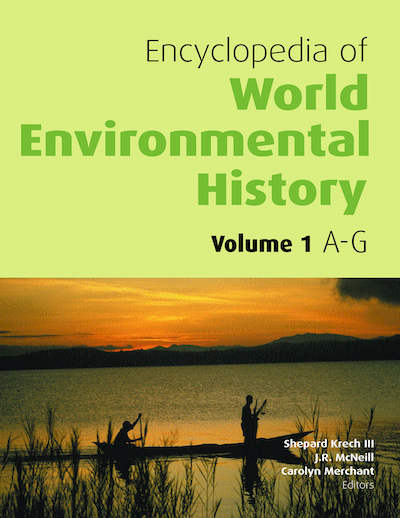 In order to address today's global environmental challenges, it is important to understand them within the context of humankind's influences on its environment throughout the ages. The Encyclopedia of World Environmental History provides much needed explanation of urgent social and environmental issues — from urbanization to water shortages, climate change to the extinction of species — in articles replete with the stories of human and natural history.

World historians, anthropologists, geographers, and biologists from 26 countries have pooled their knowledge for the first time to trace the interaction of humankind and nature over the course of human history, across cultures, and in the modern world. In more than 500 accessible articles emphasizing cross-cultural exchange, diffusion, and change over time, these scholars demonstrate why the approaches of environmental history are having such wide influence, and how past problems can cast new light on current debates.