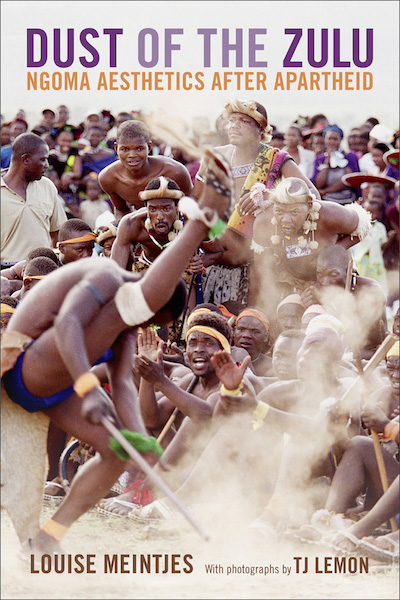 In Dust of the Zulu Louise Meintjes traces the political and aesthetic significance of ngoma, a competitive form of dance and music that emerged out of the legacies of colonialism and apartheid in South Africa. Contextualizing ngoma within South Africa's history of violence, migrant labor, the HIV epidemic, and the world music market, Meintjes follows a community ngoma team and its professional subgroup during the twenty years after apartheid's end. She intricately ties aesthetics to politics, embodiment to the voice, and masculine anger to eloquence and virtuosity, relating the visceral experience of ngoma performances as they embody the expanse of South African history. Meintjes also shows how ngoma helps build community, cultivate responsible manhood, and provide its participants with a means to reconcile South Africa's past with its postapartheid future. Dust of the Zulu includes over one hundred photographs of ngoma performances, the majority taken by award-winning photojournalist TJ Lemon.