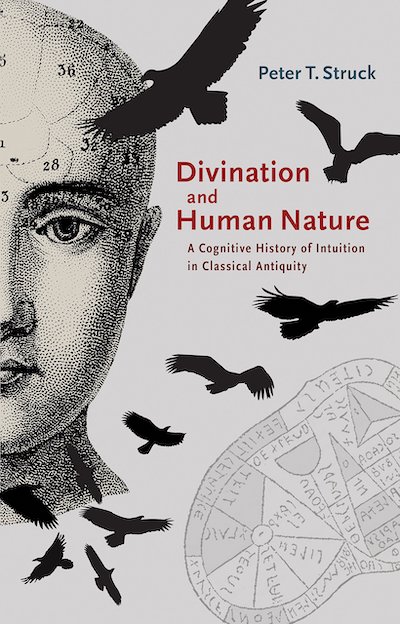 Divination and Human Nature casts a new perspective on the rich tradition of ancient divination—the reading of divine signs in oracles, omens, and dreams. Popular attitudes during classical antiquity saw these readings as signs from the gods while modern scholars have treated such beliefs as primitive superstitions. In this book, Peter Struck reveals instead that such phenomena provoked an entirely different accounting from the ancient philosophers. These philosophers produced subtle studies into what was an odd but observable fact—that humans could sometimes have uncanny insights—and their work signifies an early chapter in the cognitive history of intuition.

Examining the writings of Plato, Aristotle, the Stoics, and the Neoplatonists, Struck demonstrates that they all observed how, setting aside the charlatans and swindlers, some people had premonitions defying the typical bounds of rationality. Given the wide differences among these ancient thinkers, Struck notes that they converged on seeing this surplus insight as an artifact of human nature, projections produced under specific conditions by our physiology. For the philosophers, such unexplained insights invited a speculative search for an alternative and more naturalistic system of cognition.

Recovering a lost piece of an ancient tradition, Divination and Human Nature illustrates how philosophers of the classical era interpreted the phenomena of divination as a practice closer to intuition and instinct than magic.