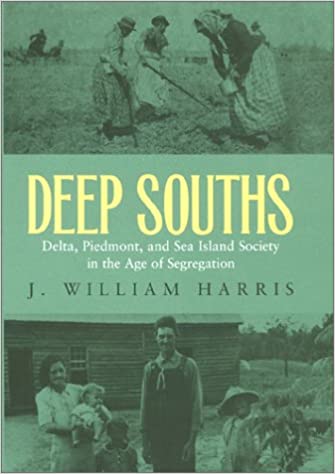 Deep Souths tells the stories of three southern regions from Reconstruction to World War II: the Mississippi-Yazoo Delta, the eastern Piedmont of Georgia, and the Georgia Sea Islands and Atlantic coast. Though these regions initially shared the histories and populations we associate with the idea of a "Deep South"—all had economies based on slave plantation labor in 1860—their histories diverged sharply during the three generations after Reconstruction. With research gathered from oral histories, census reports, and a wide variety of other sources, Harris traces these regional changes in cumulative stories of individuals across the social spectrum. Deep Souths presents a comparative and ground-level view of history that challenges the idea that the lower South was either uniform or static in the era of segregation. By the end of the New Deal era, changes in these regions had prepared the way for the civil rights movement and the end of segregation.