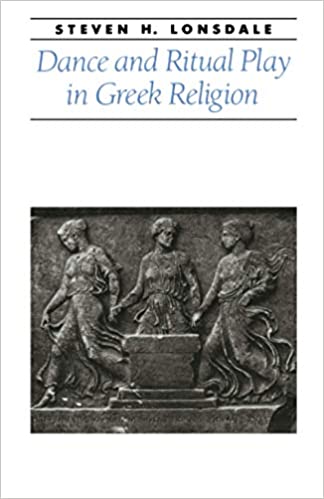 In private and in public life, the ancient Greeks danced to express divine adoration and human festivity. They danced at feasts and choral competitions, at weddings and funerals, in observance of the cycles of both nature and human existence. Formal and informal dances marked the rhythms of life and death.

In Dance and Ritual Play in Greek Religion, Steven Lonsdale looks at how the Greeks themselves regarded the act of dance, and how dance and related forms of ritual play in Greek religious festivals served a wide variety of functions in Greek society. The act of worship, he explains, often implied engaging in collective rites regulated by playful behavior, the most common forms of which were group hymns and choral dances.