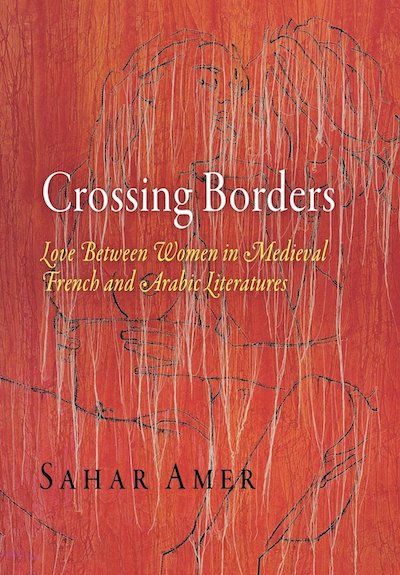 In Crossing Borders, Sahar Amer turns to the rich body of Arabic sexological writings to focus, in particular, on their open attitude toward erotic love between women. By juxtaposing these Arabic texts with French works, she reveals a medieval French literary discourse on same-sex desire and sexual practices that has gone all but unnoticed. The Arabic tradition on eroticism breaks through into French literary writings on gender and sexuality in often surprising ways, she argues, and she demonstrates how strategies of gender representation deployed in Arabic texts came to be models to imitate, contest, subvert, and at times censor in the West.

Amer's analysis reveals Western literary representations of gender in the Middle Ages as cross-cultural, hybrid discourses as she reexamines borders—cultural, linguistic, historical, geographic—not as elements of separation and division but as fluid spaces of cultural exchange, adaptation, and collaboration. Crossing these borders, she salvages key Arabic and French writings on alternative sexual practices from oblivion to give voice to a group that has long been silenced.