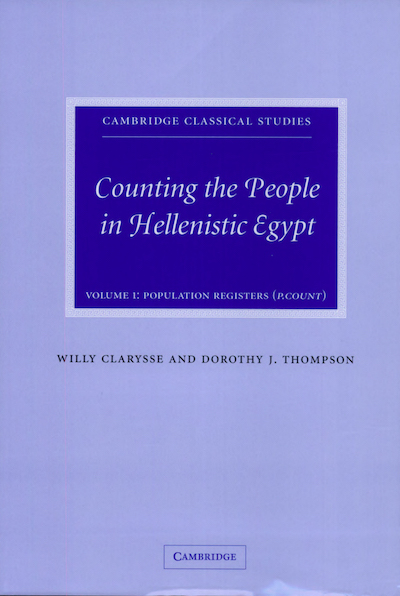 How did a new Egyptian dynasty cope with the problems of establishing rule in a country with a long history of developed administration? This volume publishes fifty-four Ptolemaic papyri from the Fayum and Middle Egypt, with English translations and extensive commentaries. Dating from c. 250-150 BC and written in either Greek or Egyptian demotic, the texts record lists of adults, arranged by village, occupation and social group, and by household, together with the taxes paid on their persons, their livestock and trades. Volume I provides the documentary basis for the historical studies of Volume II, enabling it to reveal much about Hellenistic Egypt's taxation system, the occupational and demographic breakdown of the population, and relations between Greeks and Egyptians.