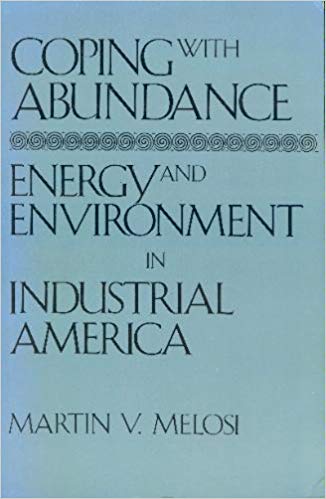 The use of energy has been central to the development of industrial America. Possessing abundant energy sources throughout its history, America always has had the luxury of choice in energy matters, and only in the last decade found it necessary to attempt to create an energy policy. While this luxury of choice has alleviated many tensions, it has often prevented policy makers from creating a coherent and comprehensive energy strategy. The energy history of the United States has been attempting to cope with its abundance. This book is a comprehensive coverage of the major forms of energy and their changing importance over time. Melosi clearly delineates the major shifts in American use of energy—from water power to coal with the advent of industrialism; from there to oil and natural gas in the early twentieth century; and the current shift resulting from the energy crisis. A well-balanced and important history of energy, this book examines how abundant energy and the image of abundant energy shaped the development of industry, influenced governmental policy about energy, and affected the manner in which American have used energy.