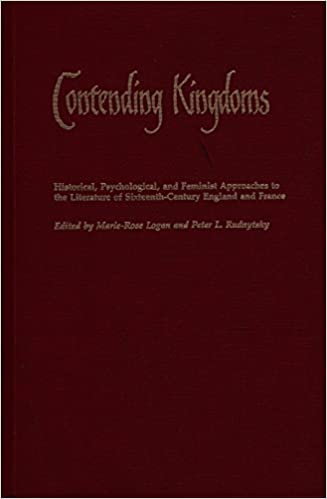 In Contending Kingdoms, Marie-Rose Logan and Peter L. Rudnytsky bring together important critics working in English and French Renaissance literature to provide a lively debate that is at once crossdisciplinary and crosscultural.

The editors have organized the book's fifteen essays into three sections that correspond to the principal interrogative modes shaping contemporary Renaissance scholarship. The sections, "Historicism Old and New," "The Psychology of the Renaissance Subject," and "Gender and Authority," contain essays on both English and French Renaissance literature. Although the critical perspectives employed are by no means monolithic, each section has its own integrity and coherence.