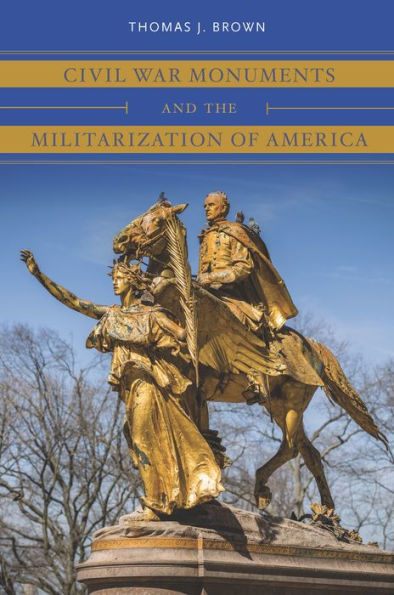 This sweeping new assessment of Civil War monuments unveiled in the United States between the 1860s and 1930s argues that they were pivotal to a national embrace of military values. Americans' wariness of standing armies limited construction of war memorials in the early republic, Thomas J. Brown explains, and continued to influence commemoration after the Civil War. As large cities and small towns across the North and South installed an astonishing range of statues, memorial halls, and other sculptural and architectural tributes to Civil War heroes, communities debated the relationship of military service to civilian life through fund-raising campaigns, artistic designs, oratory, and ceremonial practices. Brown shows that distrust of standing armies gave way to broader enthusiasm for soldiers in the Gilded Age. Some important projects challenged the trend, but many Civil War monuments proposed new norms of discipline and vigor that lifted veterans to a favored political status and modeled racial and class hierarchies. A half century of Civil War commemoration reshaped remembrance of the American Revolution and guided American responses to World War I.