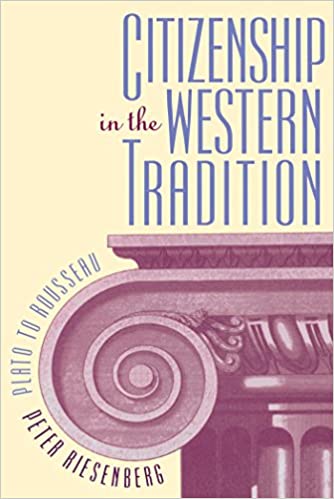 Intended for both general readers and students, Peter Riesenberg's instructive book surveys Western ideas of citizenship from Greek antiquity to the French Revolution. It is striking to observe the persistence of important civic ideals and institutions over a period of 2,500 years and to learn how those ideals and institutions traveled over space and time, from the ancient Mediterranean to early modern France, England, and America.