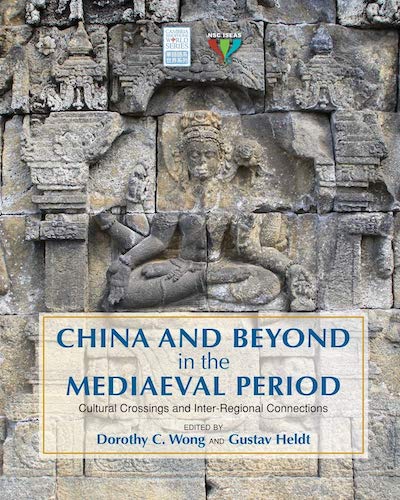 This volume examines China’s contacts with neighboring cultures in Central, South, Southeast, and Northeast Asia, as well as contacts among those cultures from the beginning of the Common Era to the tenth century and beyond. During this period, transregional and crosscultural exchanges were fostered by both peaceful and aggressive activities and movements of peoples across Eurasia along land and maritime routes. Such movements played an important role in world history in the medieval period, and yet many aspects of cultural exchanges across Eurasia remain understudied. The lack of knowledge is particularly evident in treatments of Chinese history between the Han and Tang empires. Examining relations with neighboring cultures during this period calls into question notions of China as a monolithic cultural entity.

During the period covered in this volume, cultural contacts and exchanges were fostered by both peaceful and aggressive activities and movements of peoples along land and maritime routes of the so-called Silk Road. From the earliest recorded times, the Silk Road was a channel for the transmission of ideas, technologies, and artistic forms and styles across Eurasia, with far-reaching impact from the Pacific to the Atlantic.

Despite the centrality of exchange and hybridization to the history of medieval East Asia, many aspects of its connections beyond China cultures and history remain understudied. Similar, there is a lack of comprehensive knowledge of the period between the Han and Tang empires in Chinese history. In examining China’s relations with neighboring cultures during this period in particular, this book does not begin with the usual monolithic and stereotypical notion of China being an enduring and coherent cultural entity. Rather, through the close analysis presented in each chapter, this study expands the scope of inquiry to examine the mechanisms and contents of cultural exchanges, and the fertile byproducts of these exchanges.

Perhaps one of the most notable mediaeval phenomena that created shared cultural spheres across linguistic and political boundaries was the transmission of such religious faiths as Buddhism, Christianity, Islam, Zoroastrianism, Manichaenism and Nestorianism. Buddhism’s spread eastward from India to finally become a religion adopted in all of Asia had an especially significant impact on many countries. In this sense, the Eurasian interactions can be considered common to a medieval world interwoven by religion.

The twenty-one chapters reveal transmissions, transgressions, syntheses, accommodations, and transformations that occurred when peoples and cultures came into contact with one another. They explore the motivations for the movements of peoples and goods—trade, war, diplomacy, acquisition of culture and knowledge (and sometimes of talent), and evangelical Buddhism. They also analyze the impacts of these exchanges through study of the artefacts, concepts, technologies, and practices associated with these interactions from a multidisciplinary perspective.

The focused study of the individual authors, each from her or his disciplinary training (art history, cultural studies, history, literary studies, religious studies, history of science, etc.), sheds light on the crossing of boundaries of geographic, cultural, linguistic, and sometimes temporal distance. Whether it is Tang China, Yamato Japan, Viking Sweden, or Zoroastrian Central Asia, however, each chapter highlights the prominent place of cultural crossings as both inter-regional movements and the fertile products they produced.

Given that the expertise from a breadth of disciplines, this unique interdisciplinary book will enjoy an equally broad readership of students, teachers, and researchers engaged in comparative approaches to the history and culture of Medieaval Eurasia at large.