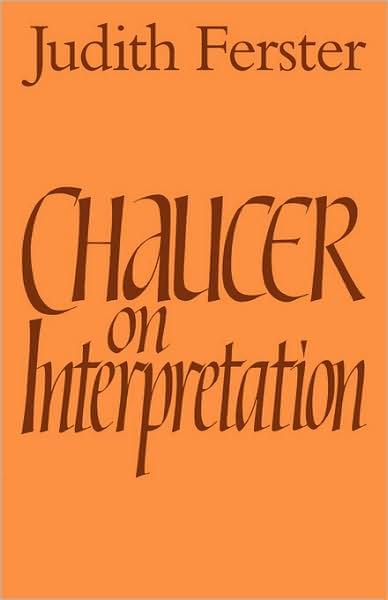 Chaucer on Interpretation enters the current dialogue about whether modern literary theory can illuminate medieval works. Dr Fester argues that the insights of modern phenomenological hermeneutics can enrich our understanding of Chaucer and shows that interpretation is one of the central concerns of his poems. The book demonstrates that the hermeneutical circle is a model for the interdependent relationship between self and other, between characters, between the poet and his literary sources and between a poem and its readers. Ferster shows how Chaucer examines different aspects and consequences of the hermeneutical circle and its implications for personal identity, political power and literary meaning. Taking interpretation as a theme, she gives readings of the Knight's Tale, the Parliament of Fowls, the Clerk's Tale, the Wife of Bath and the narrative frame of the Canterbury Tales.