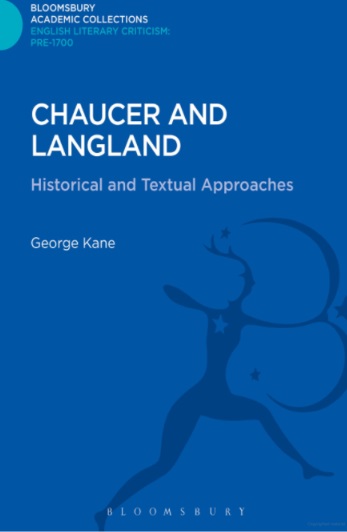 Professor Kane is widely regarded as the leading middle English textual and literary scholar of our time and this collection of his essays will be widely welcomed. They focus largely upon the texts of Chaucer and Langland and demonstrate in an exemplary way how critical issues can arise from meticulous textual study.