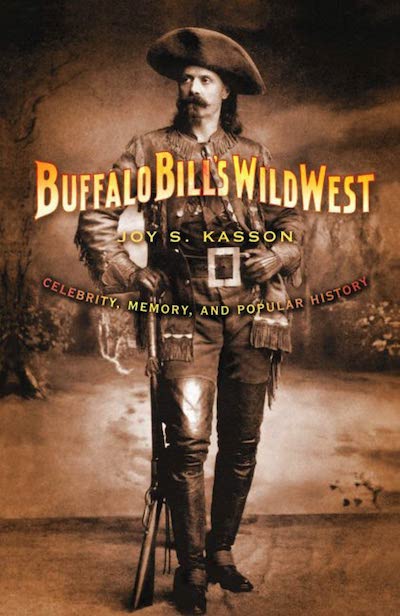 Canada, and Europe. Crowds cheered as cowboys and Indians--and Annie Oakley!--galloped past on spirited horses, sharpshooters exploded glass balls tossed high in the air, and cavalry troops arrived just in time to save a stagecoach from Indian attack. Vivid posters on billboards everywhere made William Cody, the show's originator and star, a world-renowned figure.
Joy S. Kasson's important new book traces Cody's rise from scout to international celebrity, and shows how his image was shaped. Publicity stressed his show's "authenticity" yet audiences thrilled to its melodrama; fact and fiction converged in a performance that instantly became part of the American tradition.

But how, precisely, did that come about? How, for example, did Cody use his audience's memories of the Civil War and the Indian wars? He boasted that his show included participants in the recent conflicts it presented theatrically, yet he also claimed it evoked "memories" of America's bygone greatness. Kasson's shrewd, engaging study--richly illustrated--in exploring the disappearing boundary between entertainment and public events in American culture, shows us just how we came to imagine our memories.