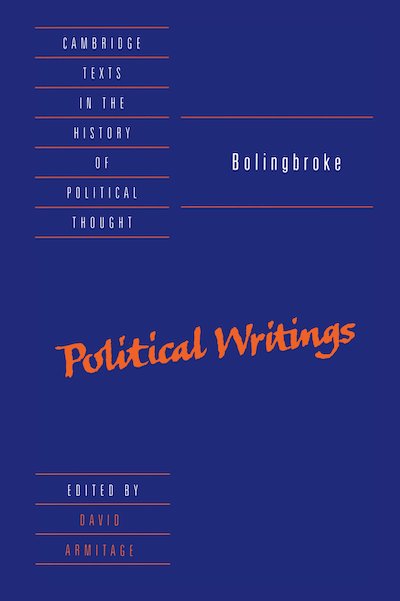 Henry St John, Viscount Bolingbroke, was one of the most creative political thinkers in eighteenth-century Britain. In this volume, modernised and fully annotated texts of his most important political works, the Dissertation upon Parties, the letter, 'On the Spirit of Patriotism', and The Idea of the Patriot King, are brought together for the first time. Bolingbroke was the first major thinker to face the long-term economic and political consequences of the Glorious Revolution, particularly the creation of the first modern system of party politics. In these works he attempted to forge an ideology of opposition to attack the Whig oligarchy of Sir Robert Walpole. His analyses of constitutional government and the party system are still relevant to the dilemmas of modern democratic politics, as are his recommendations for a patriotic commitment to the common good and the necessity of a non-partisan executive.