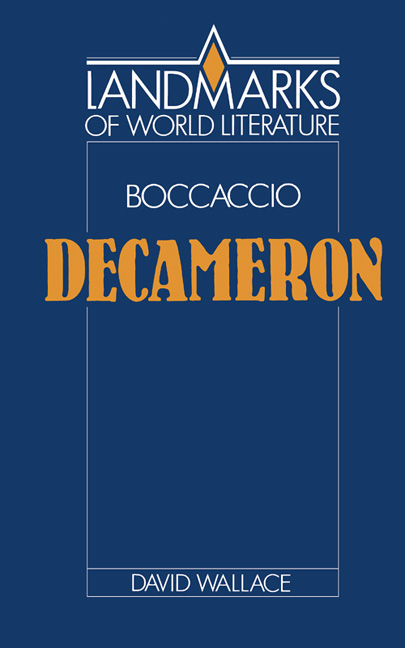 In Boccaccio's innovative text ten young people leave Florence to escape the Black Death of 1348, and organize their collective life in the countryside through the pleasure and discipline of storytelling. David Wallace guides the reader through their one hundred novelle, which explore both new and familiar conflicts with unprecendented subtlety, urgency and humor: everything from the struggle for domestic space, fought out between individual men and women, to the greater politics of the Mediterranean world where Christian and Arab meet. He emphasizes the relationship between the Decameron and the precocious proto-capitalist culture of Boccaccio's Florence. He also discusses gender issues and the influence of the text, particularly on Chaucer and on the novel.