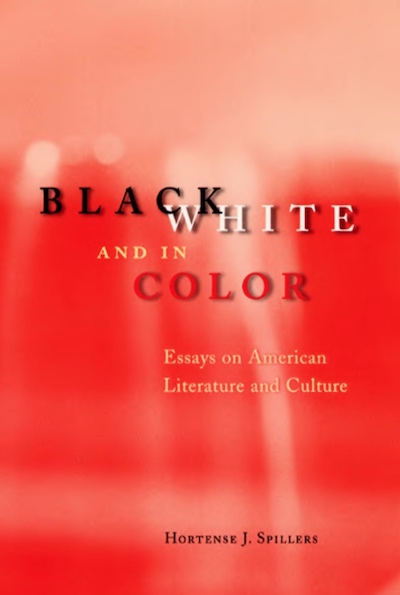 Chicago: The University of Chicago Press, 2003

Black, White, and in Color offers a long-awaited collection of major essays by Hortense Spillers, one of the most influential and inspiring black critics of the past twenty years. Spanning her work from the early 1980s, in which she pioneered a broadly poststructuralist approach to African American literature, and extending through her turn to cultural studies in the 1990s, these essays display her passionate commitment to reading as a fundamentally political act-one pivotal to rewriting the humanist project.

Spillers is best known for her race-centered revision of psychoanalytic theory and for her subtle account of the relationships between race and gender. She has also given literary criticism some of its most powerful readings of individual authors, represented here in seminal essays on Ralph Ellison, Gwendolyn Brooks, and William Faulkner. Ultimately, the essays collected in Black, White, and in Color all share Spillers’s signature style: heady, eclectic, and astonishingly productive of new ideas. Anyone interested in African American culture and literature will want to read them.