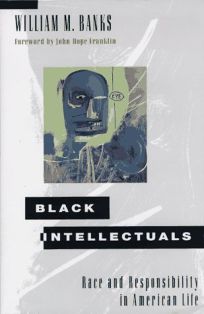 Black Intellectuals offers a centuries-deep analysis of black life, beginning with the arrival of Africans as slaves, when medicine men and conjurers held ancient, powerful wisdom. Author William Banks goes on to discuss prominent figures ranging from black pioneers like Alexander Crummell, Frederick Douglass, and Anna Cooper to intellectuals of the modern age such as W. E. B. Du Bois, Alain Locke, E. Franklin Frazier, Toni Morrison, and Henry Louis Gates, Jr. These and hundreds of other black scholars and artists—many of them interviewed for this volume—people an enlightened and imaginative landscape, fascinating for both its range and its diversity.