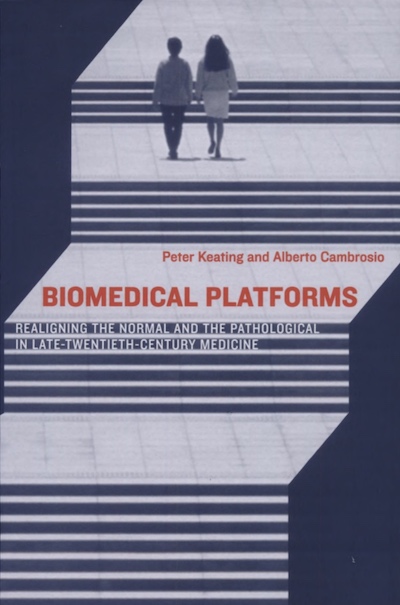 Since the end of World War II, biology and medicine have merged in remarkably productive ways. In this book Peter Keating and Alberto Cambrosio analyze the transformation of medicine into biomedicine and its consequences, ranging from the recasting of hospital architecture to the redefinition of the human body, disease, and therapeutic practices. To describe this new alignment between the normal and the pathological, the authors introduce the notion of the biomedical platform. Defined as a specific configuration of instruments, individuals, and programs, biomedical platforms generate routines, entities, and activities, held together by standard reagents and protocols. Biological entities such as cell surface markers, oncogenes, and DNA profiles now exist as both normal biological components of the organism and as pathological signs—that is, as biomedical substances. The notion of a biomedical platform allows researchers interested in the development of contemporary medicine to describe events and processes overlooked by other approaches.

The authors focus on a specific biomedical platform known as immunophenotyping. They describe its emergence as an experimental system with roots in biology (immunology) and pathology (oncology). They recount how this experimental system was transformed into a biomedical platform initially for the diagnosis of leukemia and subsequently for other diseases such as AIDS. Through this case study, they show that a biomedical platform is the bench upon which conventions concerning the biological or normal are connected with conventions concerning the medical or pathological. They observe that new platforms are often aligned with existing ones and integrated into an expanding set of clinical-biological strategies.