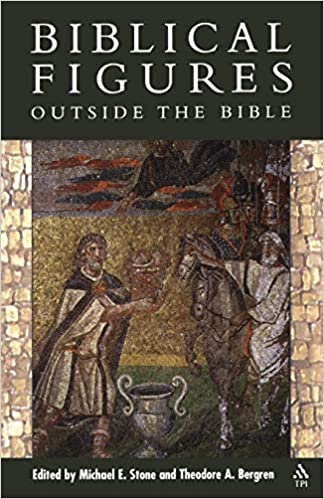 An exciting development of recent years in the study of early Judaism and Christianity has been the growing recognition of the importance of the extra-biblical traditions for understanding these religious movements—apocryphal and pseudepigraphical literature, the Dead Sea Scrolls, and the Nag Hammadi Gnostic texts.One major source for surviving works and traditions, however, has been largely ignored. This is the wealth of later Jewish and Christian (and to some extent Islamic) texts, citations, and traditions relating to biblical figures. One reason for the relative neglect of this material is that it is difficult to access, requiring a range of knowledge extending beyond the biblical traditions, through patristics, and into medieval studies.This book is designed to provide access to some of these complex traditions and to do it in such a way as to present the reader both with specialized insights and also with a work of general reference value. An international array of outstanding scholars treat the evolution of the biographical traditions of some fourteen biblical figures during the second temple, late antique, and medieval periods: Adam and Eve (Gary A. Anderson), Seth (John D. Turner), Enosh (Steven D. Fraade), Enoch (Philip S. Alexander), Noah (Devorah Dimant), Abraham (George W. E. Nickelsburg), Melchizedek (Birger A. Pearson), Levi (Marinus de Jonge and Johannes Tromp), Joseph (Harm W. Hollander), Baruch (J. Edward Wright), Ezekiel (Benjamin G. Wright, Aviva Schussman), Ezra and Nehemiah (Theodore A. Bergren). The figures were selected on the grounds of the richness and interest of the traditions connected with them and their importance in the thought worlds of early Judaism and Christianity.