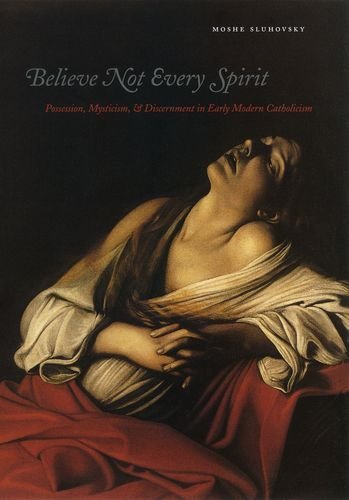 Chicago: The University of Chicago Press, 2007

From 1400 through 1700, the number of reports of demonic possessions among European women was extraordinarily high. During the same period, a new type of mysticism—popular with women—emerged that greatly affected the risk of possession and, as a result, the practice of exorcism. Many feared that in moments of rapture, women, who had surrendered their souls to divine love, were not experiencing the work of angels, but rather the ravages of demons in disguise. So how then, asks Moshe Sluhovsky, were practitioners of exorcism to distinguish demonic from divine possessions?

Drawing on unexplored accounts of mystical schools and spiritual techniques, testimonies of the possessed, and exorcism manuals, Believe Not Every Spirit examines how early modern Europeans dealt with this dilemma. The personal experiences of practitioners, Sluhovsky shows, trumped theological knowledge. Worried that this could lead to a rejection of Catholic rituals, the church reshaped the meaning and practices of exorcism, transforming this healing rite into a means of spiritual interrogation. In its efforts to distinguish between good and evil, the church developed important new explanatory frameworks for the relations between body and soul, interiority and exteriority, and the natural and supernatural.