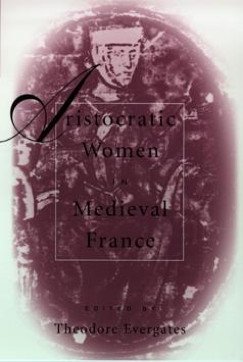 Were aristocratic women in medieval France little more than appendages to patrilineal families, valued as objects of exchange and necessary only for the production of male heirs? Such was the view proposed by the great French historian Georges Duby more than three decades ago and still widely accepted. In Aristocratic Women in Medieval France another model is put forth: women of the landholding elite—from countesses down to the wives of ordinary knights—had considerable rights, and exercised surprising power. The authors of the volume offer five case studies of women from the mid-eleventh through the thirteenth centuries, and from regions as diverse as Blois-Chartres, Champagne, Flanders, and Occitania. They show not only the diversity of life experiences these women enjoyed but the range of social and political roles open to them. The ecclesiastical and secular sources they mine confirm that women were regarded as full members of both their natal and affinal families, were never excluded from inheriting and controlling property, and did not have their share of family property limited to dowries. Women across France exchanged oaths for fiefs and assumed responsibilities for enfeoffed knights. As feudal lords, they settled disputes involving vassals, fortified castles, and even led troops into battle. Aristocratic Women in Medieval France clearly shows that it is no longer possible to depict well-born women as powerless in medieval society. Demonstrating the importance of aristocratic women in a period during which they have been too long assumed to have lacked influence, it forces us to reframe our understanding of the high Middle Ages.