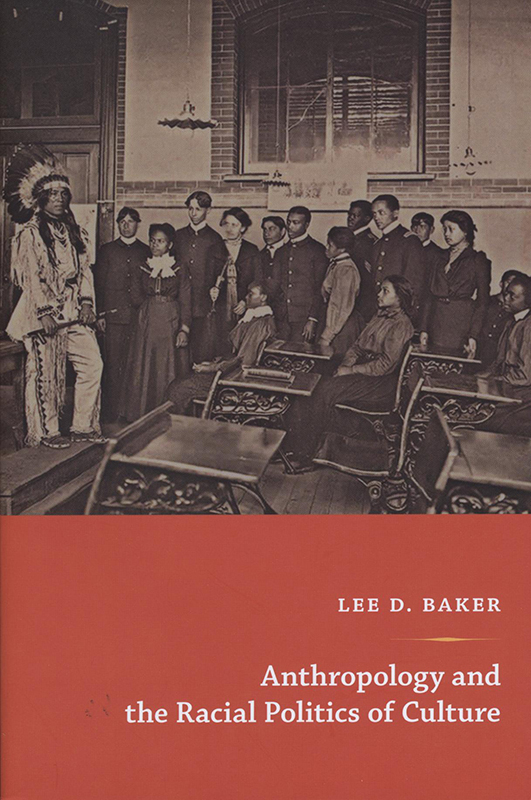 In the late nineteenth century, if ethnologists in the United States recognized African American culture, they often perceived it as something to be overcome and left behind. At the same time, they were committed to salvaging “disappearing” Native American culture by curating objects, narrating practices, and recording languages. In Anthropology and the Racial Politics of Culture, Lee D. Baker examines theories of race and culture developed by American anthropologists during the late nineteenth century and early twentieth. He investigates the role that ethnologists played in creating a racial politics of culture in which Indians had a culture worthy of preservation and exhibition while African Americans did not.

Baker argues that the concept of culture developed by ethnologists to understand American Indian languages and customs in the nineteenth century formed the basis of the anthropological concept of race eventually used to confront “the Negro problem” in the twentieth century. As he explores the implications of anthropology’s different approaches to African Americans and Native Americans, and the field’s different but overlapping theories of race and culture, Baker delves into the careers of prominent anthropologists and ethnologists, including James Mooney Jr., Frederic W. Putnam, Daniel G. Brinton, and Franz Boas. His analysis takes into account not only scientific societies, journals, museums, and universities, but also the development of sociology in the United States, African American and Native American activists and intellectuals, philanthropy, the media, and government entities from the Bureau of Indian Affairs to the Supreme Court. In Anthropology and the Racial Politics of Culture, Baker tells how anthropology has both responded to and helped shape ideas about race and culture in the United States, and how its ideas have been appropriated (and misappropriated) to wildly different ends.