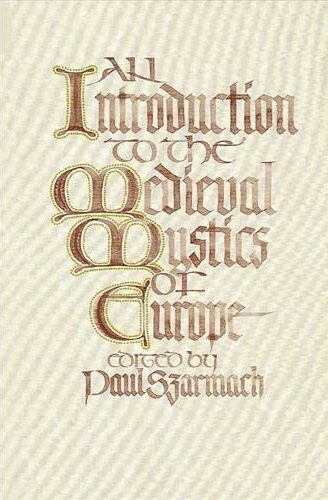 The European Middle Ages bequeathed to the world a legacy of spiritual and intellectual brilliance that has shaped many of the ideals, preconceptions, and institutions we now take for granted. An Introduction to the Medieval Mystics of Europe examines this phenomenon in vivid and scholarly accounts of the lives and achievements of those men and women whose genius most inspired their own and subsequent ages. These great mystics explored and consciously realized the relationship between human life and unconditioned transcendence.

Representing both the contemplative and scholastic traditions, the mystics in these studies often found their solutions to ultimate questions in radically different ways. Some of them, such as Eckhart, Aquinas, and Cusa, may already be familiar, and here the reader will benefit from a new approach and summary of extensive research. Others, such as Smaragdus and several of the women mystics, are little known even to specialists. Finally, and unusually for a study of European mysticism, the influence of Spanish Kabbalists is discussed in relation to the Zohar and two figures from the mystical school of Safed, Cordovero and Luria.

Though the essays focus on individuals, the cultural and social implications of their lives and work are never ignored, for the mystic way did not exist separately from the rest of medieval life; it functioned as an integral part of the whole, influencing the development of Christian and Jewish religions in both their internal and external forms.