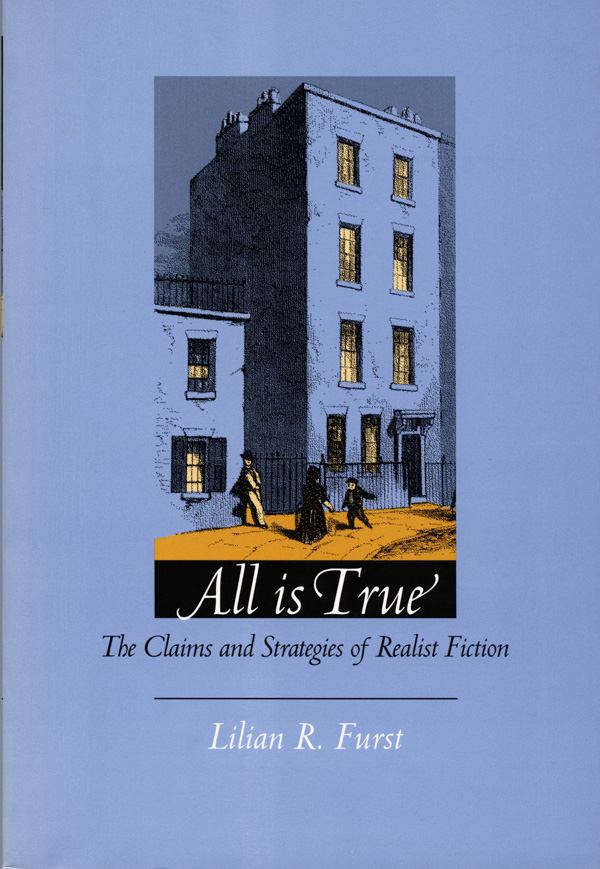 "All is true," realist writers would say of their work, to which critics now respond: All is art and artifice. Offering a new approach to reading nineteenth-century realist fiction, Lilian R. Furst seeks to reconcile these contradictory claims. In doing so, she clarifies the deceptions, appropriations, intentions, and ultimately the power of literary realism. In close textual analyses of works ranging across European and American literature, including paradigmatic texts by Balzac, Flaubert, George Eliot, Zola, Henry James, and Thomas Mann, Furst shows how the handling of time, the presentation of place, and certain narrational strategies have served the realists’ claim. She demonstrates how readers today, like those a hundred years ago, are convinced of the authenticity of the created illusion by such means as framing, voice, perspective, and the slippage from metonymy to metaphor. Further, Furst reveals the pains the realists took to conceal these devices, and thus to protect their claim to be employing a simple form. Taking into account both the claims and the covert strategies of these writers, All Is True puts forward an alternative to the conventional polarized reading of the realist text—which emerges here as neither strictly an imitation of an extraneous model nor simply a web of words but a brilliantly complex imbrication of the two. A major statement on one of the most enduring forms in cultural history, this book promises to alter not only our view of realist fiction but our understanding of how we read it.