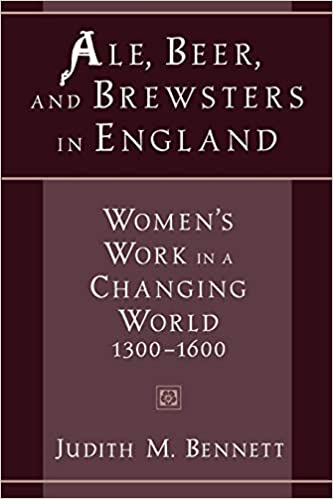 Women brewed and sold most of the ale consumed in medieval England, but after 1350, men slowly took over the trade. By 1600, most brewers in London were male, and men also dominated the trade in many towns and villages. This book asks how, when, and why brewing ceased to be women's work and instead became a job for men. Employing a wide variety of sources and methods, Bennett vividly describes how brewsters (that is, female brewers) gradually left the trade. She also offers a compelling account of the endurance of patriarchy during this time of dramatic change.