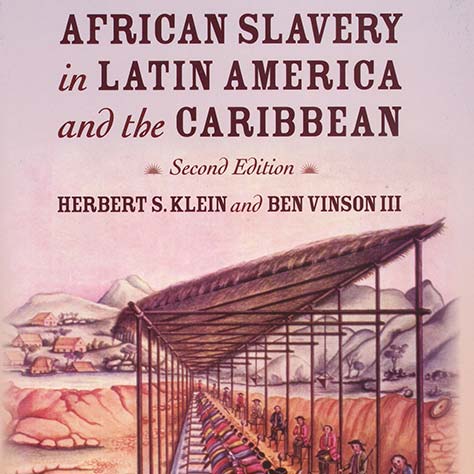 This is an original survey of the economic and social history of slavery of the Afro-American experience in Latin America and the Caribbean. The focus of the book is on the Portuguese, Spanish, and French-speaking regions of continental America and the Caribbean. It analyzes the latest research on urban and rural slavery and on the African and Afro-American experience under these regimes. It approaches these themes both historically and structurally. The historical section provides a detailed analysis of the evolution of slavery and forced labor systems in Europe, Africa, and America. The second half of the book looks at the type of life and culture which the salves experienced in these American regimes.

The first part of the book describes the growth of the plantation and mining economies that absorbed African slave labor, how that labor was used, and how the changing international economic conditions affected the local use and distribution of the slave labor force. Particular emphasis is given to the evolution of the sugar plantation economy, which was the single largest user of African slave labor and which was established in almost all of the Latin American colonies.

Once establishing the economic context in which slave labor was applied, the book shifts focus to the Africans and Afro-Americans themselves as they passed through this slave regime. The first part deals with the demographic history of the slaves, including their experience in the Atlantic slave trade and their expectations of life in the New World. The next part deals with the attempts of the African and American born slaves to create a viable and autonomous culture. This includes their adaptation of European languages, religions, and even kinship systems to their own needs. It also examines systems of cooptation and accommodation to the slave regime, as well as the type and intensity of slave resistances and rebellions.

A separate chapter is devoted to the important and different role of the free colored under slavery in the various colonies. The unique importance of the Brazilian free labor class is stressed, just as is the very unusual mobility experienced by the free colored in the French West Indies.

The final chapter deals with the differing history of total emancipation and how ex-slaves adjusted to free conditions in the post-abolition periods of their respective societies. The patterns of post-emancipation integration are studied along with the questions of the relative success of the ex-slaves in obtaining control over land and escape from the old plantation regimes.