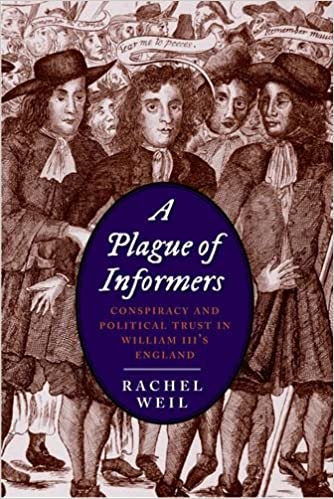 Stories of plots, sham plots, and the citizen-informers who discovered them are at the center of Rachel Weil's compelling study of the turbulent decade following the Revolution of 1688. Most studies of the Glorious Revolution focus on its causes or long-term effects, but Weil instead zeroes in on the early years when the survival of the new regime was in doubt. By encouraging informers, imposing loyalty oaths, suspending habeas corpus, and delaying the long-promised reform of treason trial procedure, the Williamite regime protected itself from enemies and cemented its bonds with supporters, but also put its own credibility at risk.