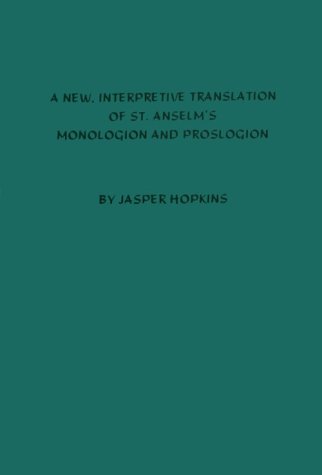 Anselm of Canterbury (1033-1109), often called the Father of Scholasticism, was born in Aosta, in the Kingdom of Burgundy. Today Aosta belongs to Italy, specifically to the region of Val d'Aosta. Anselm later became prior (1063), and then abbot (1078), of the Monastery of Bec-Hellouin in Normandy, France. In 1093 he was consecrated Archbishop of Canterbury in England. As an intellectual, he is known above all for his three works the Monologion, the Proslogion, and the Cur Deus Homo.