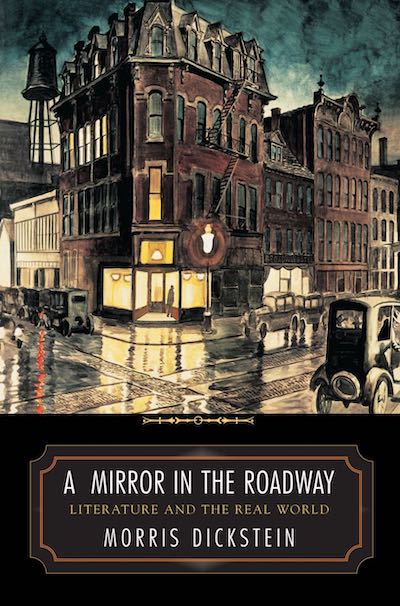 In a famous passage in The Red and the Black, the French writer Stendhal described the novel as a mirror being carried along a roadway. In the twentieth century this was derided as a naïve notion of realism. Instead, modern writers experimented with creative forms of invention and dislocation. Deconstructive theorists went even further, questioning whether literature had any real reference to a world outside its own language, while traditional historians challenged whether novels gave a trustworthy representation of history and society.

In this book, Morris Dickstein reinterprets Stendhal’s metaphor and tracks the different worlds of a wide array of twentieth-century writers, from realists like Theodore Dreiser, Sinclair Lewis, Edith Wharton, and Willa Cather, through modernists like Franz Kafka and Samuel Beckett, to wildly inventive postwar writers like Saul Bellow, Günter Grass, Mary McCarthy, George Orwell, Philip Roth, and Gabriel García Márquez. Dickstein argues that fiction will always yield rich insight into its subject, and that literature can also be a form of historical understanding. Writers refract the world through their forms and sensibilities. He shows how the work of these writers recaptures — yet also transforms — the life around them, the world inside them, and the universe of language and feeling they share with their readers.

Through lively and incisive essays directed to general readers as well as students of literature, Dickstein redefines the literary landscape — a landscape in which reading has for decades been devalued by society and distorted by theory. Having begun with a reconsideration of realism, the book concludes with several essays probing the strengths and limitations of a historical approach to literature and criticism