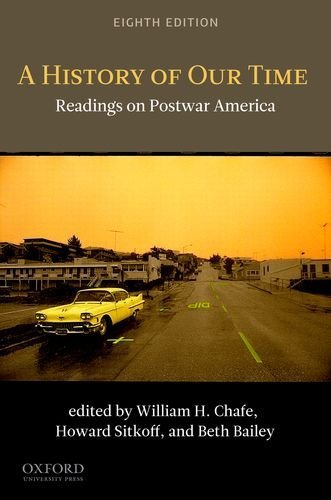 A History of Our Time, Eighth Edition, offers selections by leading historians as well as first-person accounts of various issues by people who have contributed to the shaping of America's rich history, including Bill Clinton, Joseph McCarthy, Anne Moody, Robin Morgan, and Phyllis Schlafly. Providing a balance of diverse political viewpoints, the documents include the voices of men and women of African American, European American, Asian American, and Latino/a descent. Taking into consideration events of the last four years--including the wars in Iraq and Afghanistan and the capture and killing of Osama bin Laden--the eighth edition of A History of Our Time offers a clearer, more encompassing view of the United States' collective history.