Associate Professor of Spanish, College of the Holy Cross 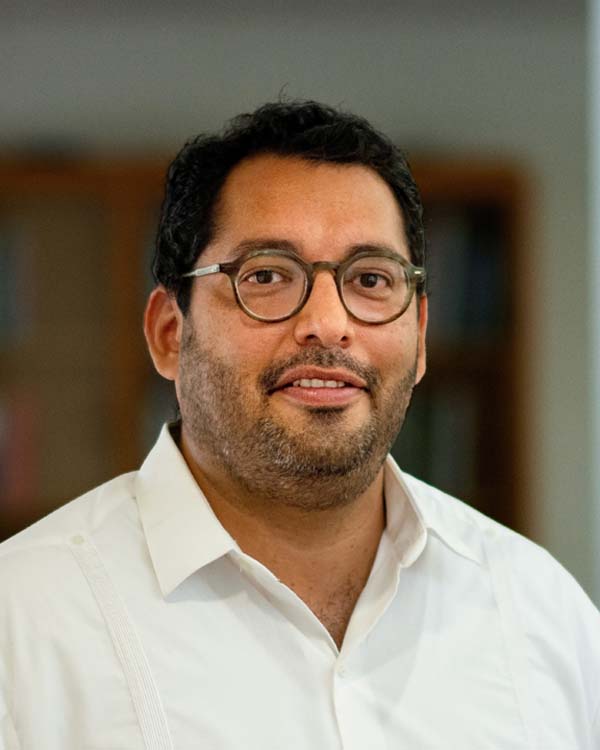 Juan G. Ramos is an associate professor in the Spanish Department and former director of the Latin American, Latinx, and Caribbean Studies Program at the College of the Holy Cross in Worcester, Massachusetts. He has served on the advisory board of the PMLA and as the chair of the Ecuadorian Studies section of LASA (Latin American Studies Association). Ramos works in the fields of nineteenth-, twentieth-, and twenty-first-century Latin American literature. One of his lines of research has focused on literary and cultural production from Latin America and how it intersects with aesthetics, politics, and decolonial theories. Another line of research focuses more specifically on the Andes and zooms in on the late decades of the nineteenth century and the early decades of the twentieth century to explore questions related to modernismo and the historical avant-gardes.

His first book Sensing Decolonial Aesthetics in Latin American Arts (University of Florida Press, 2018) studies poetry written in a colloquial register, militant music, and revolutionary films that were produced in the long decade of the 1960s to underscore how they challenged aesthetic conceptions, and how they served as foundational texts to decolonization efforts leading to what is today understood as decolonial aesthetics and decolonial theory. Ramos is also coeditor of Decolonial Approaches to Latin American Literatures and Cultures (Palgrave, 2016). He has also published articles and book chapters on twentieth-century Latin American poetry, fiction, and film with a particular emphasis on the Andes.

At the National Humanities Center, Ramos will be working on his second book project, tentatively titled, Andean Modernismos: Affective Forms in Colombia, Ecuador, and Peru. In this book project, Ramos seeks to study poetry, fiction, literary criticism, translation, and literary journalism as literary forms that were at once innovative in transforming literary conventions, while producing emotional and affective responses among audiences in their national and international contexts. To do so, Ramos engages with key scholarship in New Modernist studies, Andean studies, and affect studies.