Since the publication of her first novel nearly fifty years ago, Lee Smith has established herself as a preeminent voice of the South through her award-winning and critically acclaimed fiction. Last year, with her very first work of nonfiction, Dimestore: A Writer’s Life, Smith shared her own story, from growing up in a small coal-mining town in the Appalachian Mountains to becoming a writer and raising her family in North Carolina. Widely praised by critics across the country, Dimestore not only offers insight into the making of a great American writer but opens up a conversation about life in small towns across the nation. 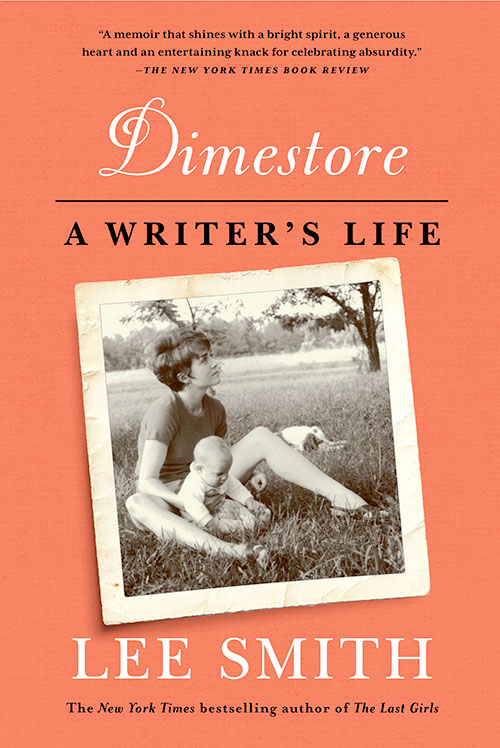 Lee Smith began writing stories at the age of nine and selling them for a nickel apiece. Since then, she has written seventeen works of fiction, including Fair and Tender Ladies (1988), Oral History (1983), and most recently, Guests on Earth (2013). She has received numerous awards, including the North Carolina Award for Literature and an Academy Award in Fiction from the American Academy of Arts and Letters; her novel The Last Girls (2003) was a New York Times bestseller as well as winner of the Southern Book Critics Circle Award. She lives in Hillsborough, North Carolina, with her husband, the writer Hal Crowther.