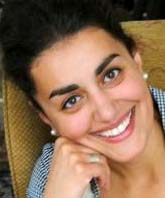 Racha Kirakosian (Associate Professor of German and the Study of Religion, Harvard University)

Refashionings of a medieval past have always inspired the popular imagination. The current revival of medievalism, that is the creative interpretation or recreation of the European Middle Ages, is comparable to earlier ones (the Romantic period for example), but what is new is that medievalism has become a global phenomenon. The series Game of Thrones is symptomatic of this. It did not begin it, and it is not going to end it, but it demonstrates like no other narrative how in the 21st century popular medievalism is entangled with fantasy. The fascination with mythical worlds—as GoT displays—may, however, tell us more about our own (mis)conceptions of current and past cultures than it first seems: for example, what does it mean when femininity is intricately connected to bestiality? Or, what racial implications are made when savior figures are only ever white in comparison to slave populations from an imaginary Eastern world who are depicted as in need of liberation? This kind of orientalism, a term used to describe stereotyped and demeaning conceptions of the Middle East, North Africa, and Asian cultures in more general, is problematic. On a more global basis, we are going to question associations about mythical worlds via GoT. The medieval past and the geographically remote East are treated similarly when it comes to reimagining “the mythical other”: orientalism and medievalism are two phenomena that are extensively used in GoT. Bringing together the actual Middle Ages and fantasy appropriation of cultures that are considered remote in terms of time and/or geography is an important challenge. Linking the study of past worlds with fantasy worlds is a new way of approaching the issue of cultural appropriation.