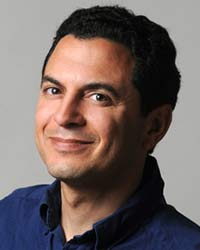 Richard Pryor may have been the most unlikely star in Hollywood history. Raised in his family’s brothels, in Peoria, Illinois, he could alchemize his stand-up by delving fully, even painfully, into the “off-color” life he'd known. Starring bigoted Archie Bunker, “All in the Family” won numerous Emmys and Golden Globe awards until it ended in 1979. Humor is tricky. It often offends, sometimes deliberately. But humor also has the capability to keep open dialogue about racial and other sensitive issues and to promote self-awareness. Scott Saul will discuss ways in which language and expression can shift in the cultural and political context of eras, geographies, and current events. Using Richard Pryor’s comedy and All in the Family as case studies, we will explore how comedy, by articulating the unsayable, challenges us to confront the taboos in our culture.