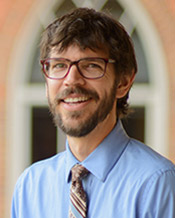 Why did some members of the crowd sing the Christian hymn “Amazing Grace” during the attack on the US Capitol on January 6, 2021? From JESUS 2020 signs to a large wooden cross, the rally and violent attack on the Capitol included a variety of religious symbols, rituals, and messages. What was the role of religion in the January 6 attack? How does it reflect the larger relationship between religion and politics in the United States? And how can teachers effectively discuss two difficult ideas, religion and politics, in the classroom? This webinar will use Uncivil Religion: January 6, 2021, an online resource developed by the Department of Religious Studies at the University of Alabama and the Smithsonian National Museum of American History, to introduce educators to strategies for teaching about religion, discuss the role of religion in the events of January 6 and American politics overall, and provide examples from Uncivil Religion that educators can use in the classroom.