The Shattering: 1968 and the Course of Modern America - National Humanities Center 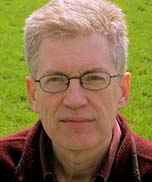 On September 30, 1968 George Wallace came to Chicago. From the airport his motorcade raced to downtown, where his staffers had a glistening open-top limousine waiting for him. He climbed into the back, planted himself between the driver and passenger seats, and braced for the car to start moving. Then he was off, parading along State Street at noon on a brilliant autumn day, waving to the 50,000 people who’d come out to catch a glimpse of the nation’s most famous segregationist as he rolled by. This webinar will explore the forces that brought Wallace – and the nation – to that moment. It’ll focus on the dramatic upheavals of ‘68. But I’ll argue that those upheavals have to be understood within the context of the postwar order. And I’ll try to show how they laid they lay the foundation for the deeply polarized politics of our own age.