The Election of 1860 - National Humanities Center 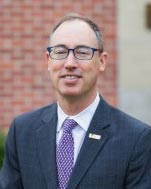 This year’s election stakes are high, to say the least. But perhaps no presidential vote in U.S. history was more consequential than that of 1860. The nation roiled over the issue of slavery. Abraham Lincoln captured the Republican nomination over New York Senator William Seward, and then took on a divided Democratic Party. His win in November–with less than 40% of the popular vote–prompted the immediate secession of South Carolina, roused the rest of the South, and ushered in the Civil War. In this webinar, we will discuss and explore just how frayed the nation’s political system had become after a decade of uninterrupted sectional turmoil, and how unlikely a Henry Clay-style grand compromise would be at the start of the new decade.