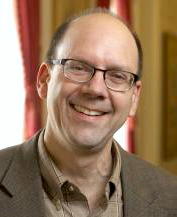 “The chief business of the American people is business.” President Calvin Coolidge said those oft-quoted words in a speech to newspaper editors in 1925. Coolidge and many others went much further, claiming that business was nothing less than America’s religion. “Through business, properly conceived, managed, and conducted” wrote efficiency expert Edward E. Purinton in 1921, “the human race is finally to be redeemed.”

How did business acquire its cultural significance in the 1920s? What effect did the obsession with business have on American society? And what of the prosperity it bred? Was it anchored in sound economics, or was it sustained only by dreams and illusions?