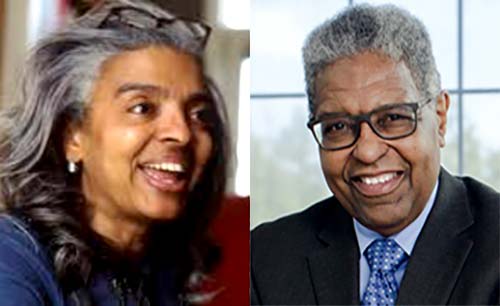 In 2010 legal scholar Alfred Brophy wrote, “Something that is often missing from ‘reparations talk’ is a specific plan for repairing past tragedies.” In this webinar, we fill Brophy’s lacuna, engaging in a conversation over a detailed redress plan for the atrocities visited upon multiple generations of Black American descendants of persons enslaved in the United States. The detailed redress plan, drawn from our book From Here to Equality: Reparations for Black Americans in the Twenty-First Century, will explore the following aspects of an African American reparations project: who will be eligible, what is the size of the fund, how the fund will be distributed, and how the fund will be financed. The case for Black reparations will be made not only on the basis of the atrocity of slavery but also nearly a century of legal segregation accompanied by white terrorist campaigns and ongoing harms including mass incarceration, police executions of unarmed Blacks, and discrimination in multiple arenas.