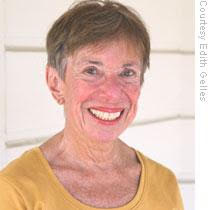 History has treated the founding of the United States as an exclusively male enterprise. One reason for this is that biographers and historians mostly focus on the political, military, and diplomatic aspects of the era. Scant attention is paid to the social world where women primarily functioned. The story of Abigail and John Adams changes the narrative by examining their remarkable fifty-four year marriage in the context of the Revolutionary and Federal periods, shifting the historical lens to their family. This is possible because, alone among the wives of the founders, Abigail Adams’ hundreds of letters have survived. Abigail wrote elegant, poignant, picturesque prose, and John Adams wrote back. John was undoubtedly the greatest literary stylist among the founders. The story of their marriage set into the context of their time provides a more complete narrative of the Revolution and early National Era.