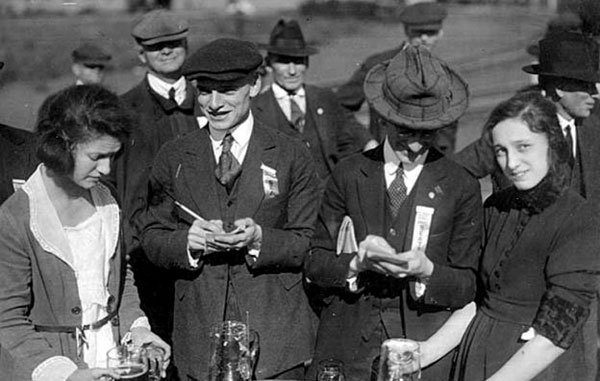 This lecture illuminates the field of international possibility seen by a leading fraction of young Americans in the 1920s. It offers a counter-narrative to the well-worn account of American “expatriates” who succumbed to the seductions of Paris and soon returned home chastened. A far larger stratum of would-be writers lived outside the United States without desire to be “expatriates,” found vocations in journalism, brought the world home to American audiences, and allowed these international ventures to shape their lives.

Nancy F. Cott (NHC Fellow, 2015–16) is Jonathan Trumbull Professor of American History at Harvard University where her research focuses on nineteenth and twentieth century U.S. History, especially questions surrounding gender, social movements, political culture, law, and citizenship. Her extensive writings on these subjects include Public Vows: A History of Marriage and the Nation (2000), A Woman Making History: Mary Ritter Beard Through Her Letters (1991), and The Grounding of Modern Feminism (1987). This spring, as the Birkelund Fellow at the National Humanities Center, she is examining the history of Americans who came of age in the 1920s and shaped their lives internationally.