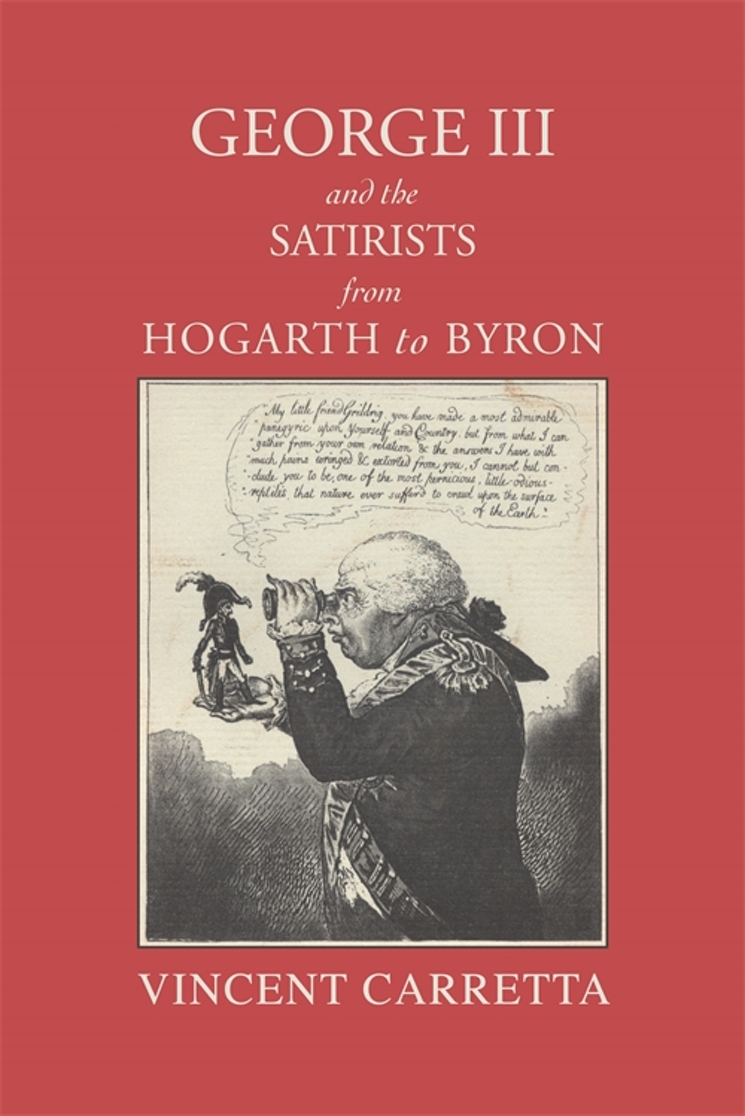 King George III inherited two legacies from the restoration of the monarchy in 1660: his crown and a tradition of regal satire. As the last British monarch who fully ruled as well as reigned and as the last king of America, George III was the target of constant satiric attacks even before he came to the throne in 1760 and for years after his death in 1820. An interdisciplinary and intercontinental study, this book examines the political satiric poetry and political graphic prints of Britain and Colonial America during the late Georgian period-a tumultuous era that witnessed the American and French revolutions, the Napoleonic wars, and the birth of the Romantic movement. Using George III as his focal point, Vincent Carretta draws on a wide range of verbal and visual sources to illuminate the development of satire from the work of Charles Churchill and William Hogarth to Lord Byron and George Cruikshank. Extending the argument from his earlier book, The Snarling Muse, which dealt with satire during the first half of the eighteenth century, Carretta demonstrates that the satiric line of descent from the early decades of the 1700s through the 1820s is much more direct than most scholars have recognized. Throughout the book, Carretta examines not only how the monarchy was reflected in satire but how satire in turn may have influenced the regal institution. In the 1790s, for example, British satirists discovered that their earlier attacks on the king for not being kingly enough had brought an unanticipated consequence: they had created the basis for the fictional commoner-king, Farmer George, which the king's supporters used with great rhetorical effectiveness against the threat of revolutionary French ideas. Enhanced by more than 160 illustrations, George III and the Satirists effectively demonstrates how a wide range of materials, verbal and visual, literary and nonliterary, can be marshaled in an interdisciplinary pursuit that crosses conventional fields and periods, repositioning artists and authors who are too often approached outside their original contexts.