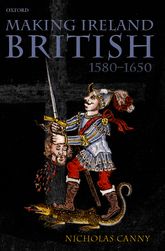 This book is the first comprehensive study of all the plantations that were attempted in Ireland during the years 1580-1650. It examines the arguments advanced by successive political figures for a plantation policy, and the responses which this policy elicited from different segments of the population in Ireland. The book opens with an analysis of the complete works of Edmund Spenser who was the most articulate ideologue for plantation. The author argues that all subsequent advocates of plantation, ranging from King James VI and I, to Strafford, to Oliver Cromwell, were guided by Spenser's opinions, and that discrepancies between plantation in theory and practice were measured against this yardstick. The book culminates with a close analysis of the 1641 insurrection throughout Ireland, which, it is argued, steeled Cromwell to engage in one last effort to make Ireland British.