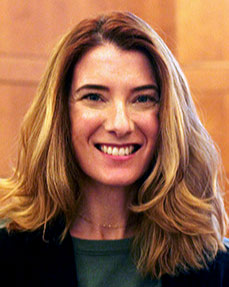 Title IX of the Education Amendments Act celebrates its 50th anniversary this year. Signed into law by President Richard Nixon in 1972, the policy requires educational institutions that receive government funding to treat all sexes and gender identities equally. While Title IX is most famous for opening sports to female athletes, the law’s effects have extended far beyond the playing field since its passage—reshaping the experiences of all who live and work on American campuses. This webinar examines the history of Title IX. Participants will explore the feminist activism that led to the law’s passage in 1972; the battles over academics, sport, sexual misconduct, and gender identity waged in the following decades; and Title IX’s impact on current cultural politics. Blaschke explains that Title IX has been both phenomenally successful and disturbingly unfulfilled. Even as millions of Americans have seized the expansive gender and sex opportunities Title IX has forced open—which their children and grandchildren now expect, and even take for granted—the potential of Title IX to normalize equality in education has not been realized because neither educational institutions nor the federal government have enforced the law. This seminar invites attendees to reflect on the history of Title IX and its potential to affect the future of American education.